Why India must manufacture microchips 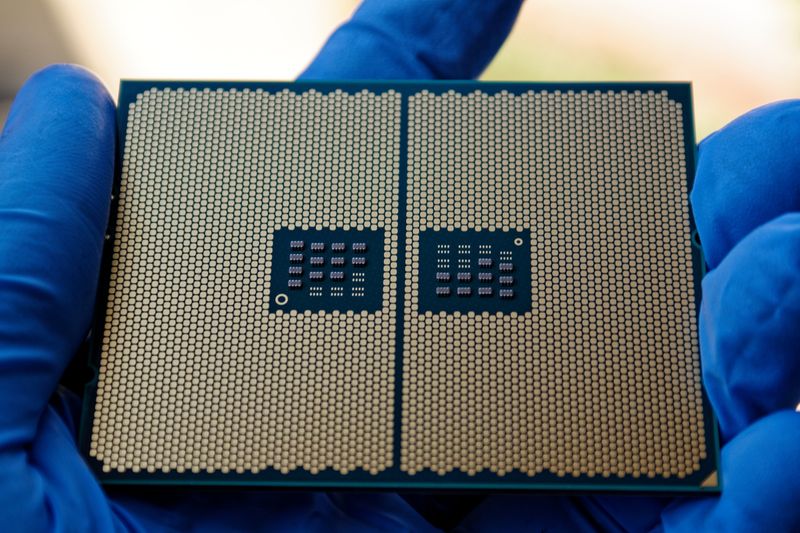 It will help India move up from an assembler to a manufacturer, with considerable multiplier effect on the economy

The government recently unveiled three schemes with an outlay of about ₹48,000 crore to promote electronics manufacturing in India. These schemes, combined with the Prime Minister’s call for an ‘Atmanirbhar Bharat’, have rejuvenated hopes of a rise of an indigenous electronics industry. The Indian electronics sector is already witnessing tremendous growth, as the demand is poised to cross $400 billion by 2023-24. In fact, domestic production has grown from $29 billion in 2014-15 to nearly $70 billion in 2019-20 (CAGR of 25 per cent).
Most of this production takes place in the final assembly units located in India. The idea is that focussing on assembly units, that is, ‘last-mile industries’, would eventually help develop deep backward linkages, thus inducing industrialisation. This was an idea propounded by economist Albert O Hirschman in his theory of ‘Unbalanced Growth’. The Economic Survey 2019-20 also promotes this by suggesting “assembly in India for the world”, especially in “networked products”, in a bid to create four crore well-paid jobs by 2025 and eight crore jobs by 2030. This is the strategy that helped China become the economic superpower it is today. The recently launched PLI (production-linked incentive) scheme plans to achieve this goal by granting an incentive of 4-6 per cent for domestic production.

There is, however, a caveat, as a closer look at numbers will reveal that despite the impressive growth of electronic production in India, the net value addition by these units is very low. Many reports have pointed out that the net value addition ranges between 5 per cent and 15 per cent, as most components are imported rather than locally sourced, implying that local value addition is a mere $7-10 billion out of a global market of $2.1 trillion. As a result, India is clearly missing out on the lion’s share of profits in the global electronics industry.
Further, it is expected that electronics imports will soon overtake crude oil as India’s largest import commodity. The persistence of this trend will result in these ‘last-mile industries’ ending up as little more than mere packaging units.
The reason for this is that in the era of global supply chains, the value addition taking place in the final stages of production is significantly lower than used to be the case a few decades ago, especially in electronics. This is because the more complicated processes, that is, those that involve greater value addition, occur prior to assembly, in ‘upstream’ industries. These include the production of processors, display panels, memory chips, cameras, etc. Our indigenous capability in these upstream industries is limited. In fact, imports nearly constitute 80 per cent of these components, with approximately 67 per cent of the imports coming from China alone.

However, an even greater value addition takes place at a stage prior to component building, that is, the production of microchips or semiconductor integrated chips. These microchips are produced in units called semiconductor fabrication plants (also called fabs or foundries), which turn silicon into microchips. There are about 170 commercial foundries globally, yet there isn’t a single one in India. This is because chip manufacturers like Intel, TSMC, and Samsung, citing uncertain domestic demand and poor cost efficiencies in India, choose other countries to produce microchips.
Cost is a huge factor here, as setting up these plants requires massive capital expenditure to the tune of $2 billion and more. Also, foundries are required to adopt newer technologies and processes almost every 18 months to ensure competitiveness. This means high capital depreciation, which often accounts for 50-60 per cent of the production cost. Domestic players have also shown low interest due to their inability to compete with tech giants in R&D and investment, resulting in proposals to develop commercial fabs in Gujarat and Uttar Pradesh in recent years being abandoned due to low viability. Though ISRO and DRDO have their own fabs, their use is restricted for space and defence systems.
Today, India is one of the upcoming hubs for microchip designing, with hundreds of start-ups making substantial progress in this field. Even some IITs have developed indigenous microchip designs like Shakti and Ajit. However, in the absence of foundries, we still have to rely on foreign contractors to produce these chips. Many industry experts also cite the lack of a foundry as contributing to low R&D in this sector in India, which results in poor talent retention and eventually ‘brain drain’.
There are also numerous national security considerations as most of the chips as well as components used in our communication and critical systems are imported. This could hamstring our security and sovereignty as backdoors could be programmed in them during manufacturing, which could compromise our networks and cyber-security, leaving us at the mercy of aggressors.

It is imperative to realise that the economic impact of a fab is immense, with studies placing the multiplier effect on the economy ranging from 6-23 times the investment in the plant. According to a recent report, a single foundry can offset imports worth $8 billion over a projected period and have a further multiplier effect of $15 billion on the GDP. In order to realise these benefits, the government launched the SPECS scheme, providing a 25 per cent incentive on capital expenditure for semiconductor manufacturing among other core components. However, the total outlay must be increased from the present ₹3,300 crore, in order to attract the microchip giants.
Further, given the recent decisions of numerous MNCs to shift a part of their production out of from China, it is imperative for us to act, and act fast to attract this outgoing investment. The need of the hour is, thus, to promote semiconductor manufacturing alongside assembly units in India. This will not only induce greater local production of components but also fuel the growth of the industry as a whole, thus giving India an opportunity to become a dominant player globally. It is only through such actions can we hope to realise the dream of being a truly indigenous electronic ecosystem encompassing all aspects of electronics industry, thus allowing India to be truly self-sufficient.