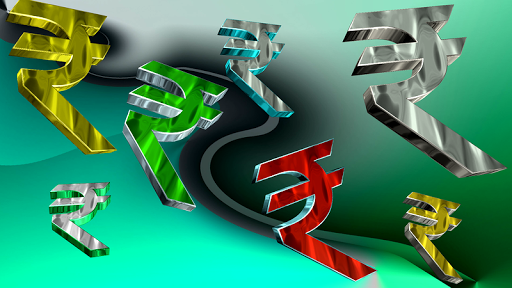 NEW DELHI: A sense of deja vu has enveloped India.

A sharp slide in the rupee, rising oil prices and a widening current-account deficit due to slowing capital inflows are throwbacks to the dark days of 2013, when the country bore much of the brunt of the "taper tantrum." Yet the situation today isn't nearly as grim, and India finds itself lower down on the list of risky economies, well behind countries like Argentina and Turkey.

Things can, of course, change quickly if oil prices hit $100 a barrel, which would make it tough for Asia's third-largest economy to finance its yawning trade gap. For now, here are some indicators to show why it's better off than five years ago:

India has broadly adhered to a strategy of fiscal consolidation that's limited the risk of a spillover. The fiscal gap has averaged 3.9 per cent of gross domestic product between 2014 to 2018, down from an average 5.5 per cent between 2009 to 2013. For foreigners, the fact that India is trying to run a tight ship is a big plus since overshooting budget can lead to external account problems.

Most of the improvement in the current account between 2013 and 2017 was due to falling oil and gold prices. But with oil heading north, the gap has deteriorated in the past year. Economists in a Bloomberg survey forecast it to widen to 2.5 per cent of GDP in the fiscal year 2019, compared with 1.9 per cent a year ago. A wider deficit increases external risks, but in early 2013 the current-account deficit reached 4.8 per cent of GDP.

"India remains vulnerable to increasing oil prices, but its external position is stronger today than during the taper tantrum," analysts led by Sergi Lanau, deputy chief economist at the Institute of International Finance, wrote in a report.

With a central bank keen to burnish its inflation-targeting credentials, keeping a lid on prices has become paramount. Consumer inflation eased to an average 5.7 per cent between 2014 and 2018 from the 10.1 per cent average seen between 2009 and 2013. Some economists say that with the easing of gains in consumer prices, the demand for gold as a hedge against inflation has ebbed, helping cool the pressure on the current-account deficit.

India's foreign-exchange reserves rose by $120 billion between the fiscal years 2014 and 2018 to hit a record $426 billion in April this year, thanks to the Reserve Bank of India's policy of steadily buying dollars after the 2013 crisis. Although the reserves have been depleted by about $26 billion since April, that still leaves the RBI with some firepower.

Import cover stands at more than nine months, which is well above the recommended three months, and compares with the seven months of import cover in 2013.

The central bank has been measured in both actions and words this time around. Back in May 2013, the RBI cut the benchmark repurchase rate by 25 basis points to 7.25 per cent only to quickly reverse course as the external situation deteriorated rapidly. It raised three times between September 2013 and January 2014, taking the rate to 8 per cent.